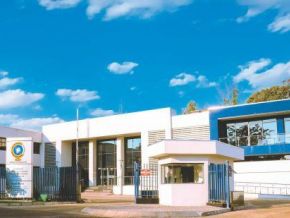 (Ecofin Agency) – At the end of 2021, the Internet penetration rate in Zimbabwe was 62.6%, with most Internet users living in urban areas. The government is exploring new solutions to bring connectivity to people living in rural areas and bridge the digital divide.

He also invitedZimbabwean(s) representing their community and wishing to create a community network in their province for the benefit of their local communityto submit applications by June 5.

According to POTRAZ, each project must describe, among other things, the detailed technical design, financing, complete business model and proposal covering post-financing sustainability mechanisms, technical expertise and project schedule. The project should also include skills development plans, a detailed community engagement plan, project lifespan as well as licensing and partnership proposals.

The regulator’s decision to promote community networks comes at a time when millions of people in Zimbabwe still lack internet access, especially in rural areas. According to its POTRAZ figure, Internet penetration in Zimbabwe was 62.6% in Q3-2021. Therefore, to increase this rate, the authority intends to build on the successes of the first community network launched in May 2021, in Murambinda, allowing Internet access to thousands of inhabitants.

The initiative is expected to facilitate the development of dozens of community networks across the country, bringing high-speed internet access to people who are not yet online. In this way, they will access services, such as e-learning, games and streaming, which are still inaccessible today.

5G and the factory of the future